In the future, communication networks could be based on the strange world of quantum mechanics, and now we are one step closer to that reality. Researchers in China have demonstrated a quantum network in which entangled photons are emitted between drones and Earth stations, successfully maintaining their quantum link at a distance of 1 km (0.6 miles). 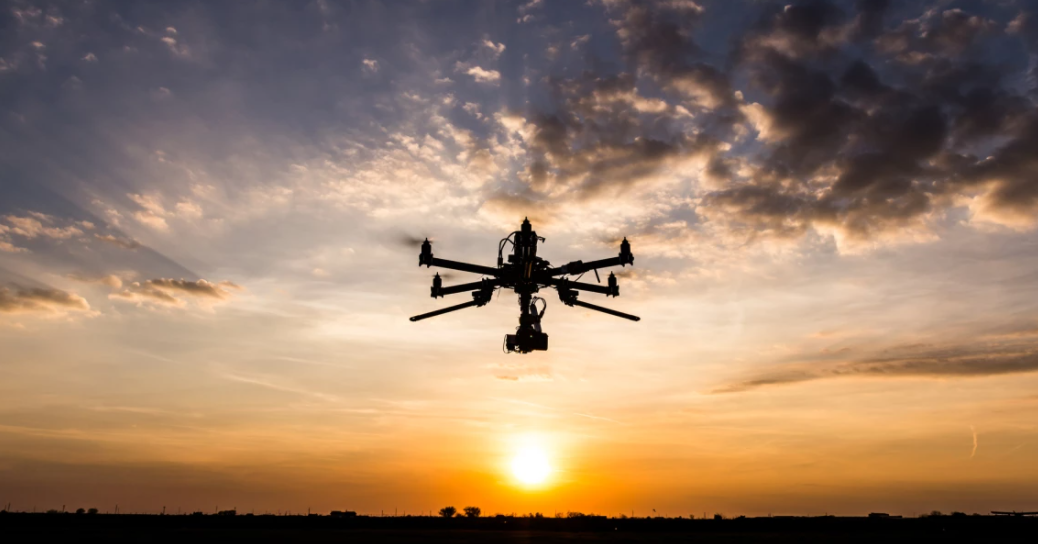 Quantum entanglement involves pairs of particles that become so intertwined that it becomes impossible to describe them individually. By measuring the properties of one of them, such as its polarization, you will be able to know the same properties of its partners. Even weirder, it seems that you completely change the state of the couple instantly, no matter how far away they are.

The odd phenomenon can be utilized to create a fast and secure quantum communication network. A pair of entangled photons is generated, then one photon is forwarded to each user to allow them to communicate instantly by measuring their photons. Most experimental settings have so far tested it using fiber optic cables , but photons can lose their attachment over long distances when bouncing off the fiber optic side.

Sending it through the air can increase the working distance of quantum communication. In the past, it was done using satellites such as Micius, which several years ago broke records by transmiting quantum information between two Earth stations 1,200 km (746 miles) away.

But access to satellites is not always available, and there may be some technical difficulties. So in the new study, researchers from Nanjing University in China experimented with a similar arrangement that was slightly closer to land – drones.

In this experiment, researchers wanted to connect two earth stations, one dubbed Alice and the other named Bob. Each station collects photons using a telescope with a 26 mm wide aperture and a single photon detector. But it’s not a direct link between stations – there are two drones hovering in the sky above them.

The first drone produces a pair of entangled infrared photons, then sends one to Alice station and the other to the second drone. The drone uses fiber optics to match the photons it receives, effectively “focusing” the photons so that they can then be forwarded to Bob station on the ground.

The drones are about 200 m (656 ft) away, and each is 400 m (1,312 ft) from the station where they pass the photons, meaning the message effectively travels 1 km. Alice noted about 25 percent of photons were sent towards her, while Bob only caught about four percent. That may sound low, but it’s a decent step up from previous fiber optic experiments in which only about one percent of photons completed the journey.

The team compared the polarization of photons received by Alice and Bob stations, and found that they remained entangled during the trip.

The next step, the researchers said, is to add more drones to increase the size of the network, potentially providing quantum links across the city. Unlike satellites or fiber optic networks, swarms of drones can eventually launch relatively quickly when needed, almost anywhere. They can connect two points that do not have a direct line of sight and, unlike towers, they can move to avoid obstacles or bad weather.