This year’s all-digital CES doesn’t officially start until next week, but Lenovo has partnered with NEC Personal Computers to decide early with a small factor portable PC concept called the Lavie Mini that has an interesting gaming touch.

The Lavie Mini form is reminiscent of a netbook that first appeared more than 10 years ago. But this latest device concept from NEC and Lenovo has more to do than small devices like laptops designed to surf online and more.

Clamshell can be folded like a 2-in-1 convertible, with an 8-inch screen, 1,920 x 1,200 pixels, 400-nit touch-enabled then used like a tablet. The keyboard below or behind, depending on which mode is used, features a circular button with a backlight but no touch panel – although there is an optical touch sensor. The logo on the lid lights up when the mini laptop is turned on. 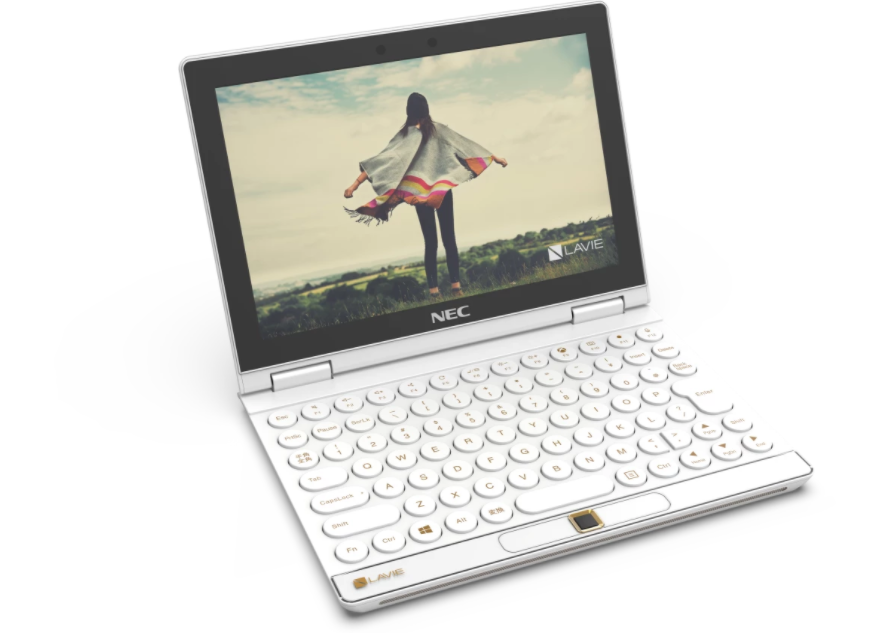 Inside, there’s an 11th generation Intel Core i7-1180G7 processor combined with Intel Xe graphics, powered by 16GB of RAM and 256GB of SSD storage. It comes with cooked Wi-Fi 6 and Bluetooth 5.1, and sports two USB-C ports and a microphone jack/headphone combo.

Although the basic specifications all sound reasonable, gaming is where things get a little more interesting, as users can attach optional controllers to each side of the device while in tablet mode to turn them into a kind of thick Nintendo Switch, although one of them plays “high-quality PC games like battle royale games and car racing”. Of course, the Mini is bigger and heavier than the Switch at 7.87 x 5.79 x 0.67 in (200 x 147 x 16.95 mm) and 1.28 lb (579 g) before you even think about adding a controller.

There is also an optional gaming dock, which not only charge the Mini battery and offer more USB ports, but there is also an HDMI connection that allows the gaming experience to be transferred to a widescreen TV.

Complementing the given specifications are two 1.5W speakers powered by Intel High Definition Audio, and a 26-Wh Li-ion battery – although playtime per charge is not specified.

That could be because the Mini is just a prototype concept for now, and has been revealed as part of Lenovo’s CES 2021 product launch. But it’s an interesting idea, and could even be produced if there was enough interest.