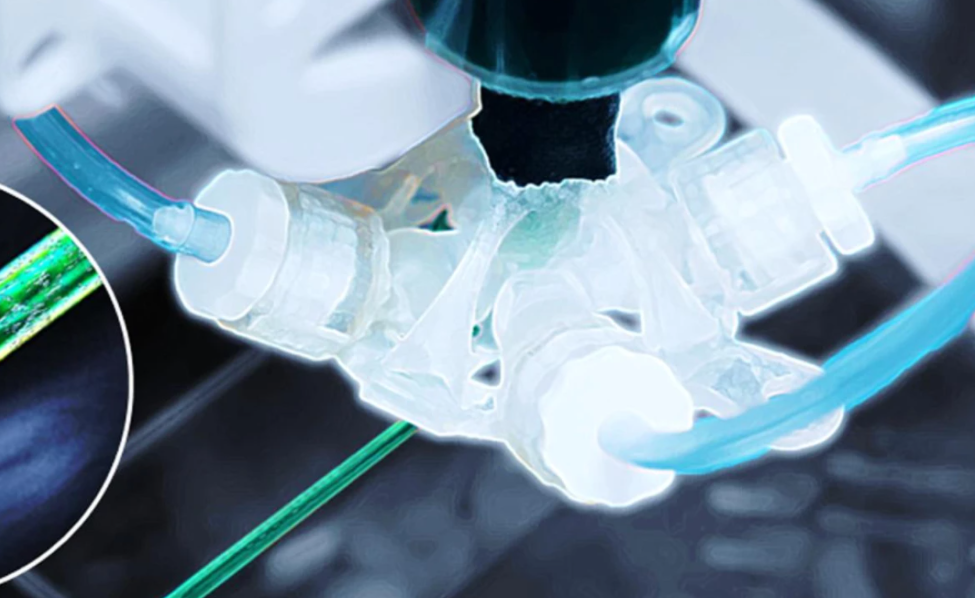 Fiber embedding in 3D-printed objects can be used to add properties such as electrical conductivity or extra power to the item. Now, shape-changing print nozzles have been developed to vary the orientation of those fibers – while printing is in progress.

Typically, short fibers from functional materials such as carbon are easily mixed into print, then extruded with it. As a result, they usually end up in jumbled random relatives of each other. This is not a problem for some applications, but not for others.

Looking for alternatives that allow more control, engineers at the University of Maryland used the “PolyJet Printing” process to create a prototype print nozzle that had inflatable actuators along its sides. By pumping air in and out selectively, the shape of the nozzle changes, changing the orientation of the fibers in one continuously extruded print medium.

This technology can be used in a field known as “4D printing”, where 3D printing objects change shape in response to external stimuli. It can also be used for more traditional 3D molded goods that have different elastic, thermal, magnetic or electrical properties in different areas.

“By giving researchers an accessible way to print composite materials containing 3D printed fibers with on-demand control over their fiber orientation, and thus, their highest performance, this work opens the door to new 3D printing applications that take advantage of this unique material property. and the special abilities they activate,” Asst. Prof. Ryan Sochol.