As military robots become more sophisticated and autonomous, they have carried out a wider range of missions. Where army robots used to be nothing more than remotely controlled arms on motorized trolleys to disarm bombs, they are now autonomous machines capable of running supply convoys, standing guard duties, and conducting reconnaissance missions. 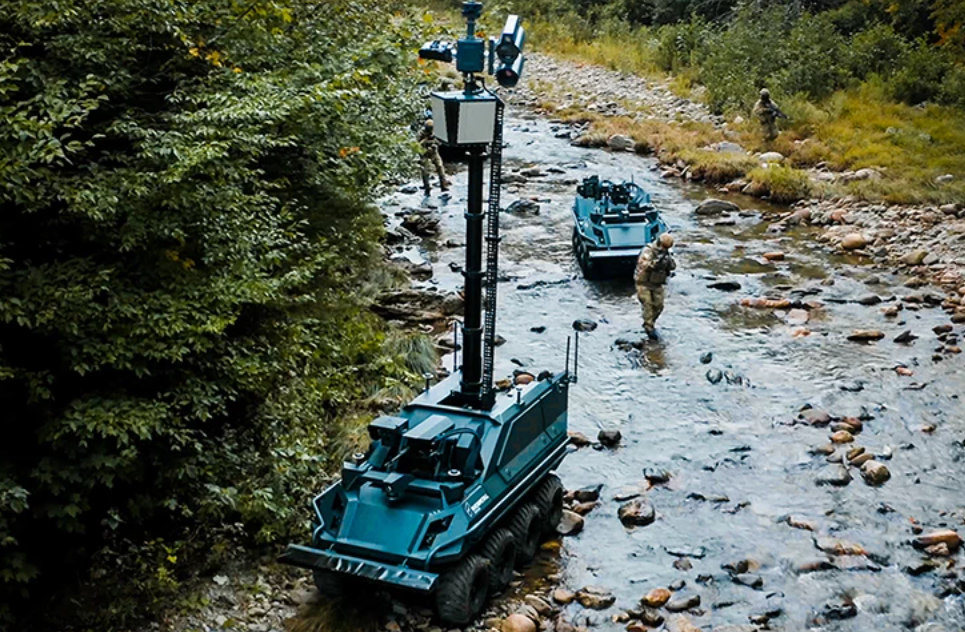 In addition, the command and control systems for these battlefield robots have gone from simple joysticks and cables to complex cyber radio networks that allow one operator to control an entire team of autonomous robots.

An example of this trend can be seen in the Mission Master – Rheinmetall Armed Reconnaissance Robot, designed for high-risk reconnaissance missions that require real-time retrieval of large amounts of data. To do this, the company took its Mission Master platform and added a range of sensors and a Rheinmetall Fieldranger Remote-Controlled Weapons Station (RCWS) to provide fire support when needed.

The sensor range includes a set of remote Electro-Optical/and InfraRed (EO/IR) sensors, a 360-degree full-ring camera, laser reconnaissance and laser targeting systems. In addition, there is an 11.5-foot (3.5 m) tilt pole that can be extended to allow the robot to survey areas from under the cover that can be stored to allow the engine to be carried into transport such as the CH-47 Chinook.

For commands and controls, the Mission Master – Armed Reconnaissance robot has an “agnostic radio” communication system, which means it can connect to any radio platform the user wants. Not only can it have a two-way exchange with the base, but also with other A-UGV. Meanwhile, its autonomous functionality comes from rheinmetall PATH’s A-kit which is the same as the Mission Master series. PATH can be controlled by tablets, smartwatches, army systems, or one-handed controllers and features multi-layered protection against cyberattacks.

Mission Master – A network of Armed Reconnaissance robots to argus warrior systems and Rheinmetall Control and Command Software that can be installed in the user’s battle management system. Each robot can communicate with other Mission Masters and using artificial intelligence, the entire “Wolf Pack” of them can be run by a single operator, who can concentrate on the mission itself while the autonomous robot handles each task.

If the Mission Master – an Armed Reconnaissance robot needs to engage with enemy forces, it has the Rheinmetall Fieldranger Light 7.62 mm RCWS, which has more firepower than the portable soldier equivalent. The robot can acquire and lock the target, but the firing command must come from a human.