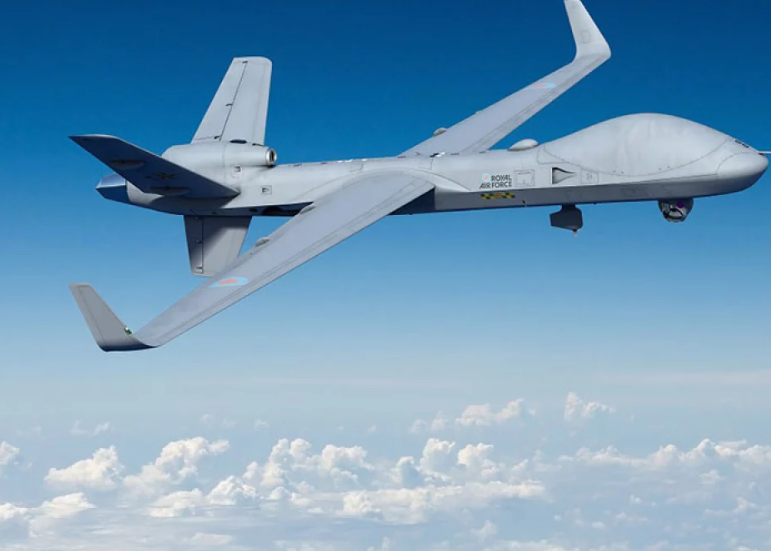 British Ministry of Defence purchased a total of 16 protectors of RG Mk1 Remote Air Piloted System (RPAS) to replace the fleet of Reaper RPAS RAF drones. At the virtual Air and space Power Conference of 2020, Defence Minister Ben Wallace announced the £65 million contract (US $82.3 million) for the next-generation unmanned combat aircraft of America.

Currently, the core of the RAF’s drone fleet is the 10 MQ-9 Reaper, which is a testing long-range mid-length aircraft, long-lasting power (MALE) operated by 13 and 39 squadrons based at RAF Waddington, Lincolnshire. It Designed for intelligence, surveillance, goal-taking, and reconnaissance (ISTAR), and assault missions. the Reaper has taken part in many British military operations, but is now considered obsolete.

To replace the Reaper, the Ministry of Defense contracted General Atomics Aeronautical Systems, Inc. (GA-ASI) to develop a replacement based on the company’s “SkyGuardian MQ-9B”, which has been reconfigured to meet the RAF specification.

This includes X-band (SATCOM) satellite communications, detecting, avoiding avionics that meet NATO and strict the UK safety certification standards that enable it to become the first certified RPAS to operate in busy, unregulated and civilian civilian air areas. This protector can also be used on its own using Automatic Takeoff and Landing, SATCOM,

With flight durability up to 40 hours, Protector includes advanced anti-icing and lightning protection for extreme weather operations. In addition, it will be armed with the next generation, low collateral, precision strike weapons, including the British-made Brimstone missile from MBDA and the Laser-guided bomb Paveway IV from Raytheon UK.

The new contract is for the early stages of the three guards, with the first remaining in the United States for testing and evaluation, followed by 13 additional airframes, and options for the other 13, as well as four ground-control stations and supporting equipment. The first protector is scheduled for shipping in 2021 and the aircraft is set to enter service at 2024.

“Protector will be deployed in various intelligence, surveillance, acquisition and reconnaissance (ISTAR) operations where its ability to fly consistently up to 40 hours will offer much better ISTAR capabilities, ” said Group Captain Shaun Gee, director of the RAF Air Program, ISTAR. “Given that it was designed to fly in non-segregated civilian airspace areas, RPAS protectors would also be able to support multiple civil missions, including search and rescue missions and disaster response missions.”